Swim Lessons to save your child’s life.

Kinder Swim offers proven survival skills training to enable your child to swim, float and swim in the event that he/she may fall in the water. Through our hands on, one on one approach, your child is guided through a program that is personalized to his/her age appropriate level. Few programs are willing to teach children under the age of three. Kinder Swim, Inc. offers swim instruction to children 9 months and up. 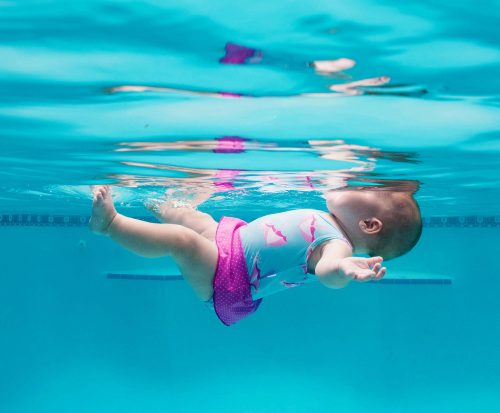 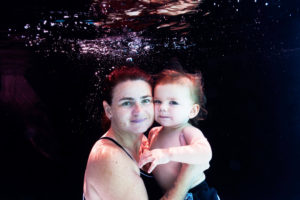 Katja Borosch is the mom of two beautiful young adult daughters and enjoys spending her free time with her rescue dog, Lukas, as well as going to live concerts.  Katja has been certified since 2004 through one of the largest swim-float-swim schools in Florida, PediaSwim.  Since 2004 she has continued to develop and sharpen her skillset by joining the nationwide association, Infant Aquatics, and by attending national conferences annually.  Katja’s passion for toddler/preschool age swim safety occurred after her youngest daughter fell in the pool, right in front of her.  Shortly thereafter, both of her daughters successfully completed a survival swim program similar to what Katja now teaches, which gave them important lifelong skills.

In May, 2004 Katja opened Kinder Swim, which she operates from her private home in Brandon, Florida.  Her pool is an in-ground, heated, salt-water pool with a screen enclosure.  She also has multiple chairs set up so parents/guardians can comfortably watch their child from the pool deck, along with a small changing tent if a parent prefers privacy when changing their child into dry clothes.

What Our Customers Have to Say

"Thank you, Ms. Katja for the amazing gift you have given Theo- the ability to swim, float, and ultimately safely navigate the water. We are forever grateful to you. Your patience and understanding of children is unprecedented. Danke!"
BRITTANY M.MOTHER 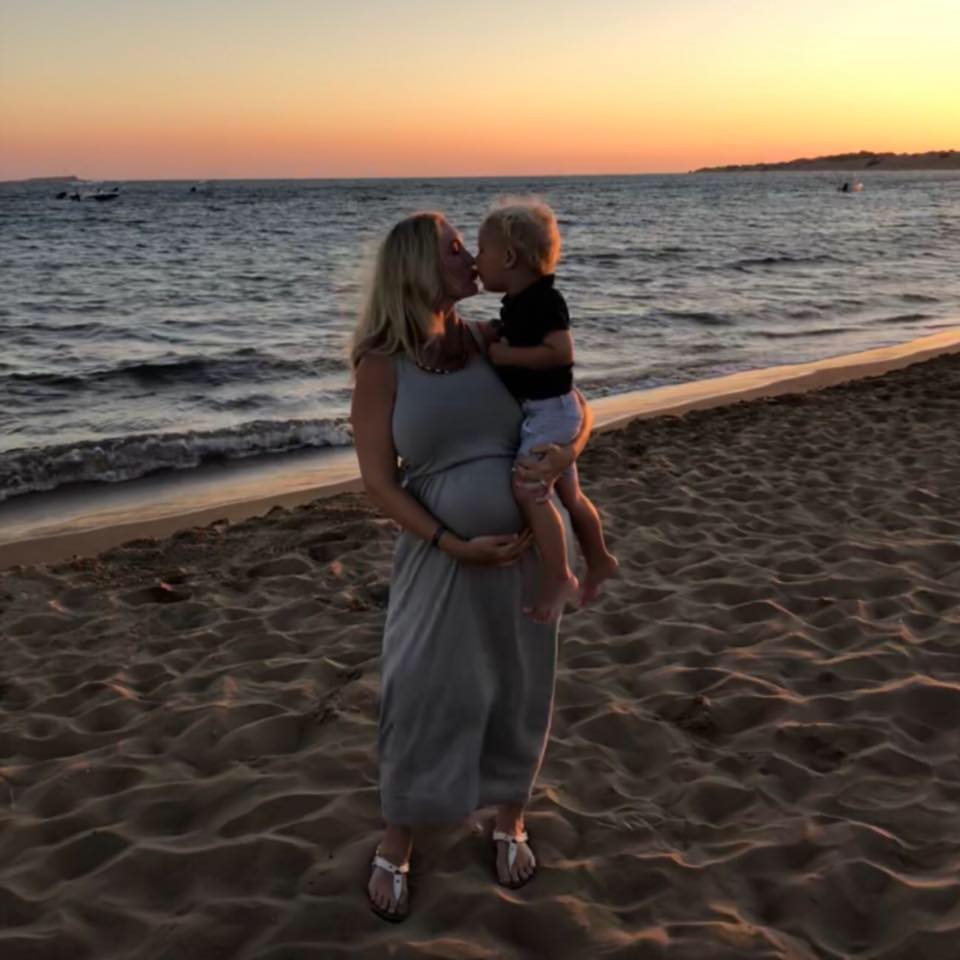 Ms Katja is amazing! We finished our 5th week today and it’s a wonderful feeling to see how my 3 years old was able to jump, swim, and float with confidence. I was iffy at first just because my babe whines and cries In the beginning and thought maybe she would give up, but she was patient, kind, and communicated very well. Thank you so much!
Gloria PromParent 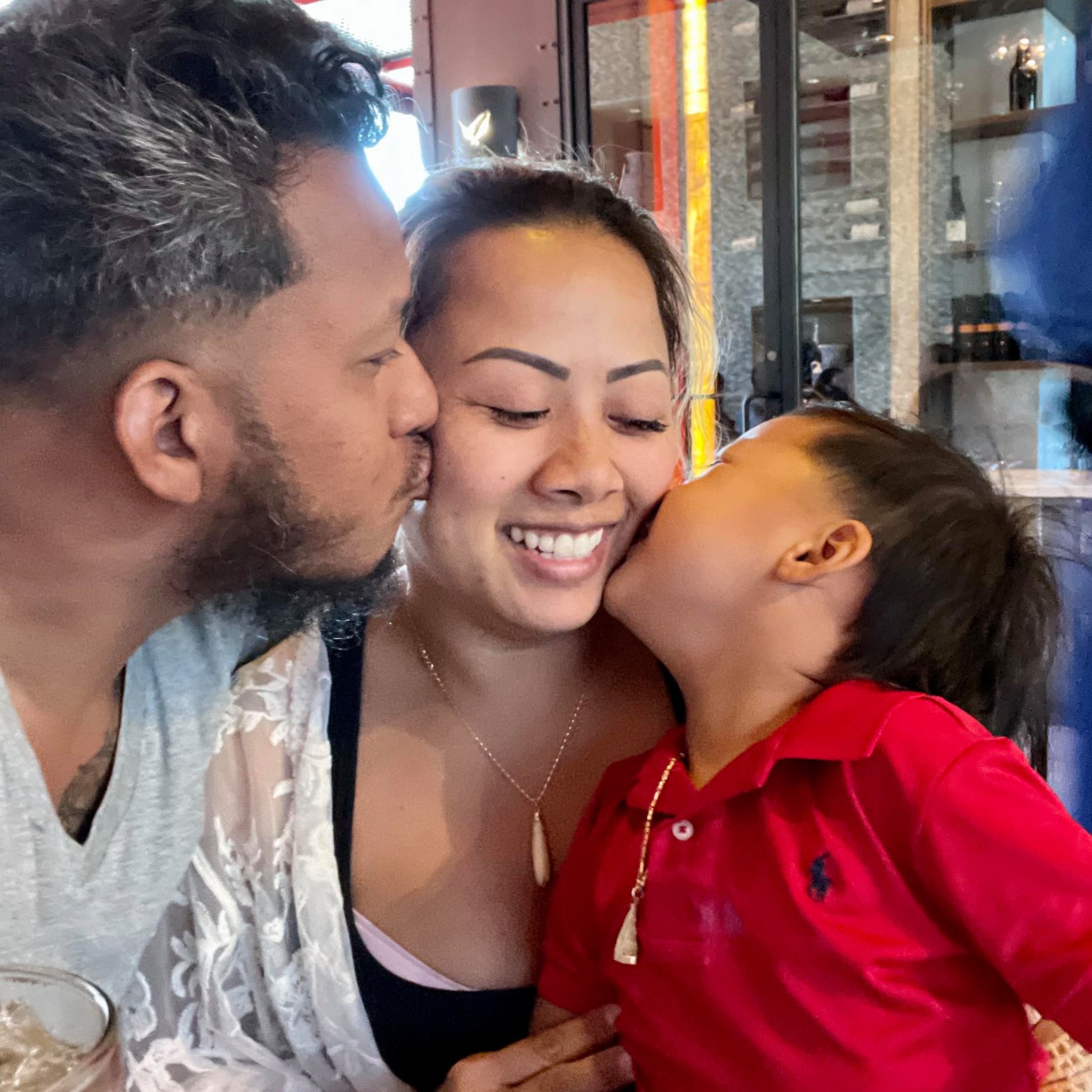 Love Ms. Katja!!! Five weeks with her and my two-year-old granddaughter went from hating water splashed in her face to being a confident swimmer. Ms Katja is so good at what she does. Loving, sweet, and gentle but no nonsense too. Our confident swimmer is so happy in the water now and we feel more comfortable knowing that she can swim, flip, and float if the need arises.
Dawn Paulus FirestineParent 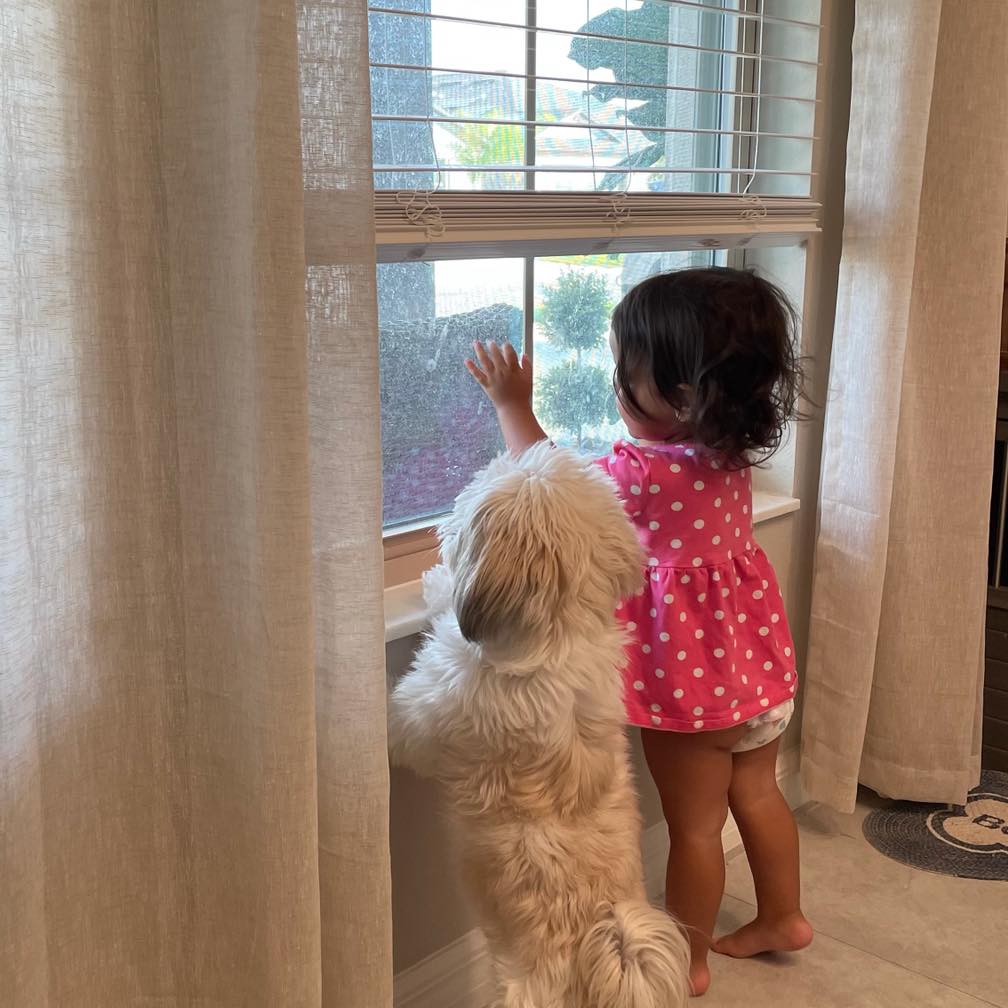 Katja is hands down the best swim instructor out there! My 1 and a half year old never wants to leave the pool. Katja is so patient with her students and so sweet to them. I’m glad I chose her!! You won’t be sorry you picked her!
Kristen OliverasParent 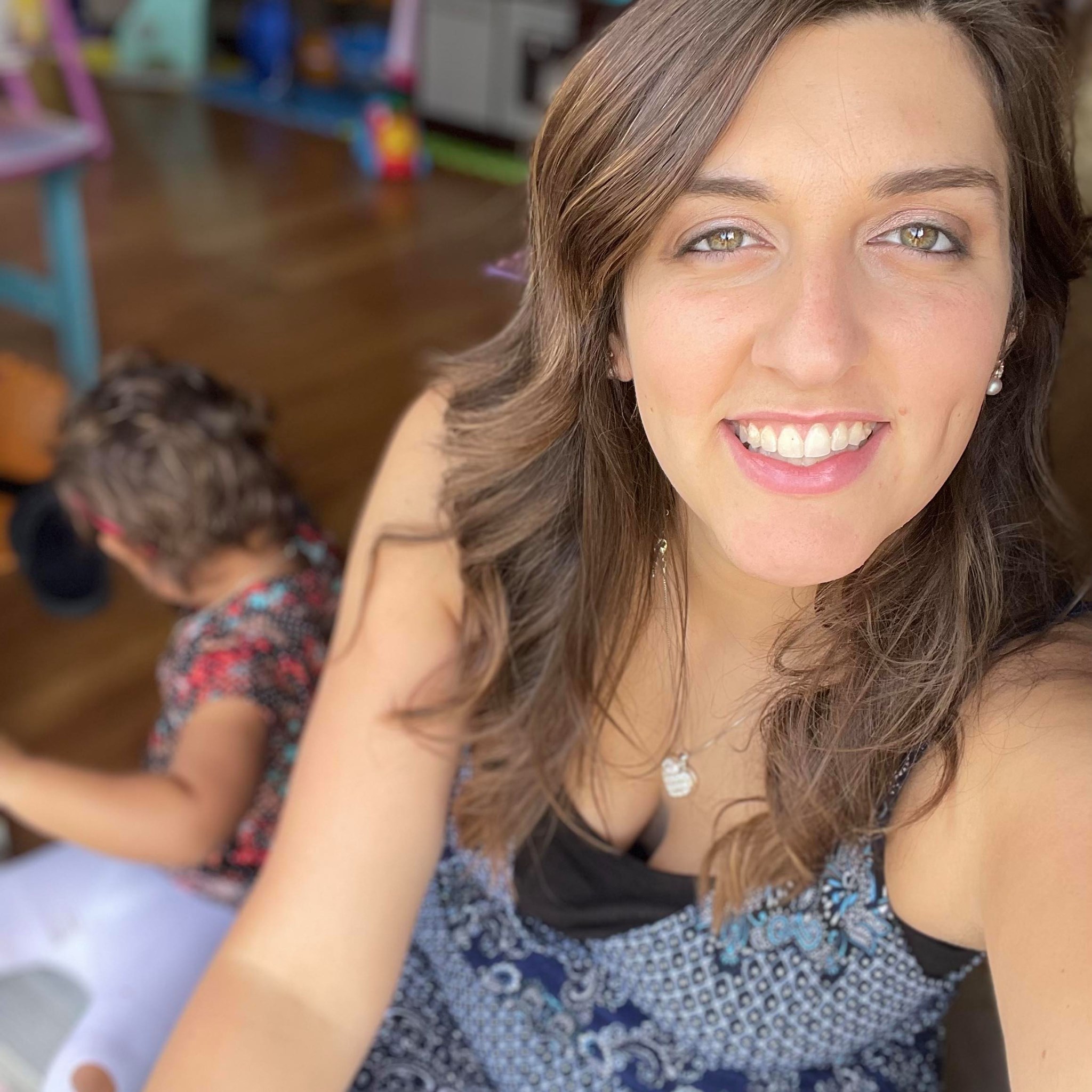 Absolutely love Kinder Swim! Ms. Katja is amazing! My daughter was very nervous and afraid in the beginning and Ms. Katja was so patient and kind. In a few short weeks my daughter went from being afraid of the pool to loving it and performing life saving skills! If you looking for lessons for your child or children look no further. Thank you so much Ms. Katja for teaching Ariah the life saving skills to be safe in and around water!!!!
Anna-Maria DuporteParent 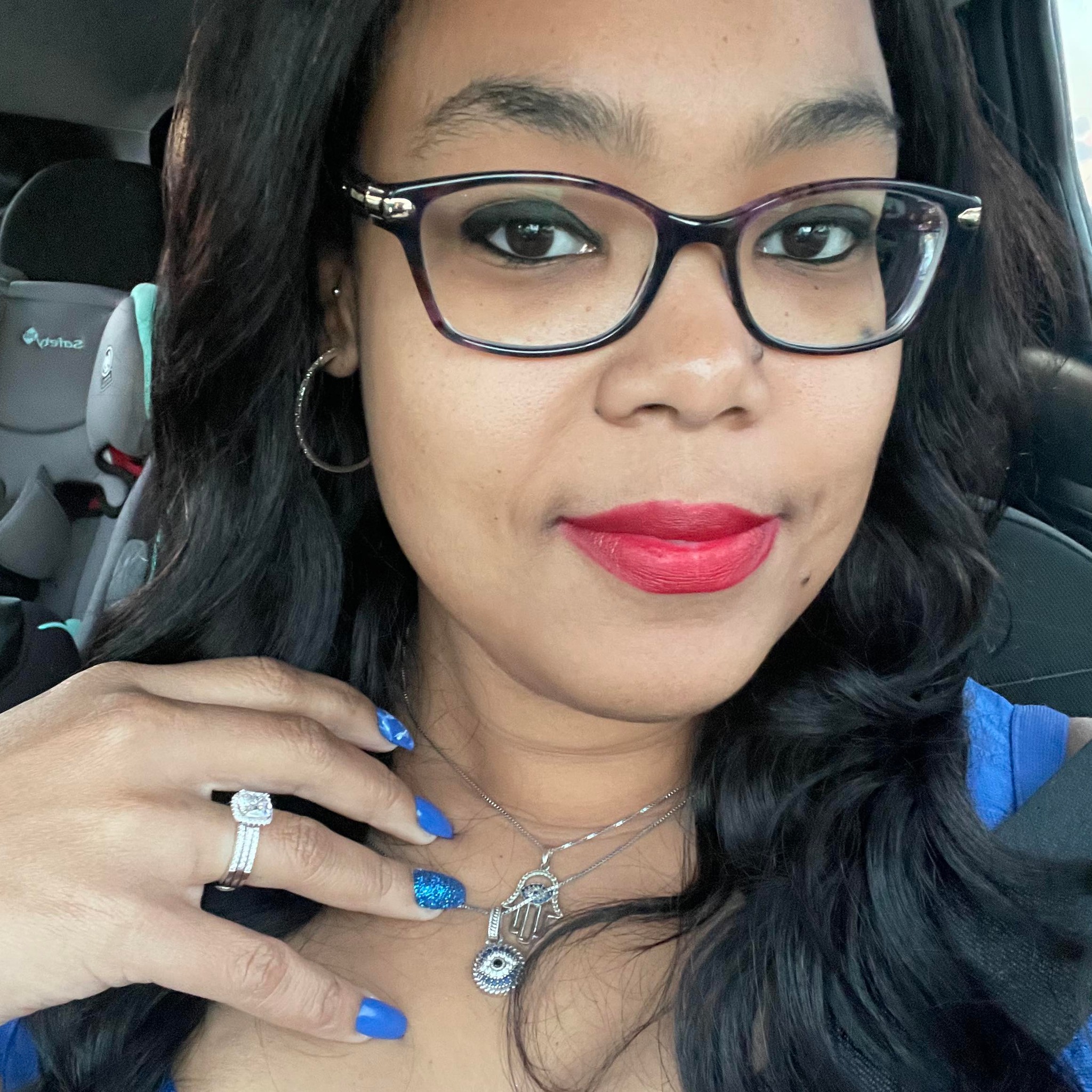 Most frequent questions and answers

Why are lessons so expensive?

Lessons are private, one-on-one lessons with Katja. Less expensive lessons are most likely group lessons, and are not tailored to your child’s specific needs. This typically means that your child will need less lessons with Kinder Swim than with other programs, which often times makes Kinder Swim the less expensive option, overall. With Kinder Swim, no two children’s lessons are the same because each child comes to Kinder Swim with different swimming experiences, capabilities, etc. Private swim lessons are a financial and time commitment, so Kinder Swim encourages potential new clients to do their research on other swim programs in the area and ask questions.

Why should I choose Kinder Swim?

In addition to receiving child-specific lessons each day, your child will know how to survive aquatic accidents without anyone’s assistance. The independence part is critical since it takes no time at all for a child to sneak away from an adult and go into a pool or body of water.

What can infants and toddlers/children learn?

Ages 9 months through approximately 16 months (crawling and beginning to walk): Children who are too young to walk fully on their own, are taught to roll themselves onto their backs into a stable float so they are able to breathe until someone comes to their aid.

Ages 16 months and older (fully walking independently): Children who are fully walking are able to learn the full swim-float-swim sequence. This means that your child will learn how to swim efficiently and properly with their head down and eyes open. Once they feel they need air and/or are becoming fatigued, they roll themselves onto their backs to take a few breaths while resting, and if comfortable enough, turn back over to continue swimming. Your child repeats this process until they reach their destination, such as the end of the pool where they can at that time get themselves out of the water on their own.

Why are lessons only 10 minutes long?

In order for children to learn and retain the skills to be a proficient swimmer in a timely fashion, consistency and frequent repetition are key. In addition, since lessons are private, your child does NOT spend any time waiting on the side of the pool for their turn. Ten minutes of continuous work and swimming is extremely tiring. Think about how you would feel after swimming for 10 minutes straight.

Besides the lessons being private, what makes Kinder Swim different from other programs?

Kinder Swim teaches children the skills first, and fun afterwards. Comfort and enjoyment will follow naturally once the skills to keep your child safe and independent in the water, are mastered. Kinder Swim is based on the belief that learning to swim is a life or death skill that all children should possess. Having fun is always great, but keeping children alive and safe is much more important. The learning process is often difficult as it involves breath control, propulsion, rotation, and floating. Children who can only “swim” in flotation devices or when they are able to touch the bottom of the pool, do not truly know how to swim.

What if my child is afraid of the water?

The more exposure a child has with a large body of water, like a pool, the better. The most beneficial way to help a child overcome their fear of water is by enrolling them in swim lessons and giving them the ability to become comfortable and safe in the water.

We look forward to speaking with you!

Kinder Swim can be reached directly via Katja’s cell phone (voice or text) at 813-947-9111, via email at katja@kinderswim.com. 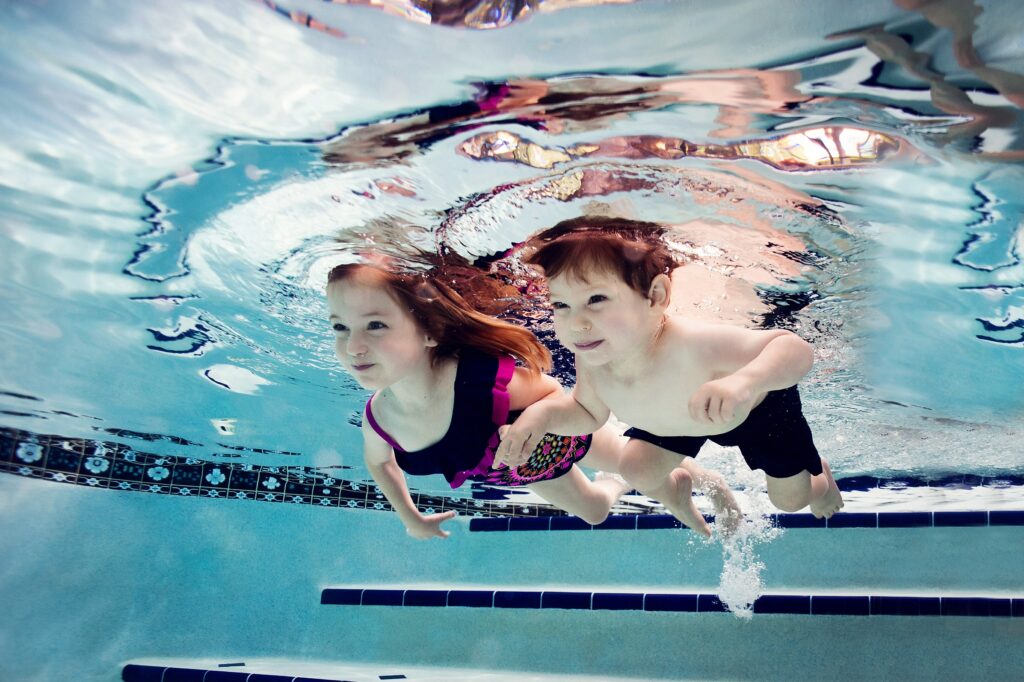 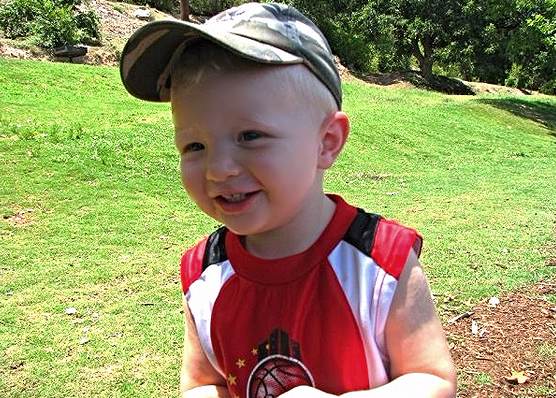 The Colt Catalina Foundation raises awareness for Drowning Prevention & Child Safety. Drowning is the leading cause of accidental death in children ages 1-4 and the second leading cause of death in children ages 5-14. Our goal is to educate the public on the importance of water safety. We provide Infant Aquatics@ survival swim lesson scholarships around the U.S. to those in financial need. Infant Aquatics@ is the second-largest survival swim program in the world and we are proud to be partnered with them and be their top sponsor. Our hope is that no other family has to suffer the unimaginable pain Colt’s family has endured. No parent should ever lose a child. Drowning is 100% PREVENTABLE!